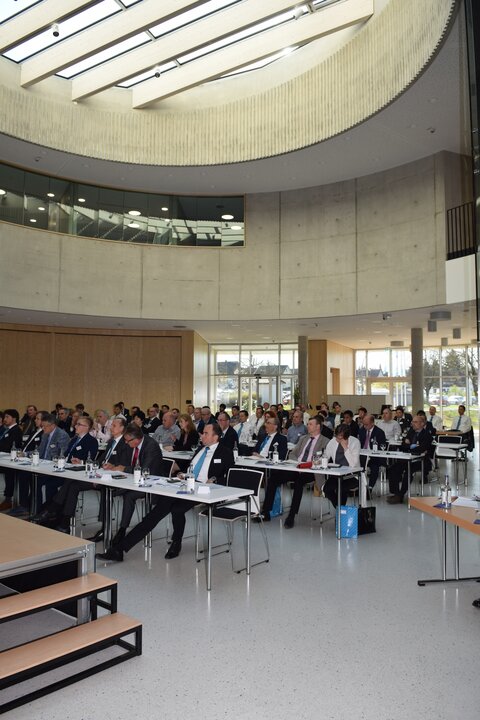 With its 5th International Sales Meeting, Mayr power transmission has underpinned its global growth strategy. Approximately 75 representatives of the subsidiaries and representations located around the globe as well as sales experts from Germany recently met at the Mauerstetten headquarters. In addition to an update on the strategic orientation of the company and information on pending projects, the focus was placed on specialist further training for the sales team.   “Developments such as the ever-advancing automation of processes open up new growth opportunities for us”, explains Johann Eberle, Sales and Marketing Director at Mayr power transmission. “Our range of brakes is particularly strong in the field of robotics.” The same applies, he says, for other future-orientated topics such as electromobility or Industry 4.0. In many areas, a completely new infrastructure will have to be generated due to the rapid development, which also opens up possibilities for further growth in power transmission. Eberle also emphasised the position of the company as a global player –Mayr power transmission generates as much revenue worldwide as in their domestic market.   CEO Günther Klingler underlined the positive developments being made: Mayr power transmission has regularly exceeded the growth rates in its target markets over the past years, and is also aiming for higher growth for 2018 than the forecasts for the significant mechanical engineering sector, for example. “However, the markets have become substantially more volatile in recent years, and companies are being forced to ‘drive by sight’”, added Klingler. “A lot of flexibility and active management are required to master the pending challenges.” Thanks to numerous initiatives and ongoing projects as well as the international strategy, he considers the company to be well-positioned for the purpose.   Ferdinand Mayr, shareholder and member of the Management, presented to his audience an important component of this strategy. The Mayr Performance System (MPS) is a holistic approach in order to orientate the company as effectively as possible towards the requirements of the customers. “We are consciously using the term Mayr Performance System, not Production System”, explains Mayr. “We aren’t just concerning ourselves with as streamlined a production set-up as possible – our objective is the re-thinking of strategies within the entire company.” The aim is to achieve the agility necessary for the company to retain its global market leader position. “To do this, we have to work together on an international scale. Our global piece of the cake hasn’t become smaller – but the cake itself has substantially increased in size over the past years. In the meantime, we have many more competitors on the market, which of course increases the competition and the pressure placed on us.” MPS is the answer to these developments – the objectives are shorter lead times with high adherence to deadlines, maximum quality of the products delivered and higher productivity.   The International Sales Meeting was the first internal major event hosted in the new communications centre mayr.com. The meeting was part of a series of events marking the opening of the striking new round building at the headquarters in Mauerstetten in the Allgäu Region.